the follow-up of Liga

In 2006 Kassys made Liga. The performance is an outspoken, explicit and enthusiastic commentary on the way we (parents, society, media) educate our children. Liga has been performed in the Netherlands, Belgium, Portugal and the USA, and was selected for the Flemish Theatre Festival in 2007.

The Jury report said: ‘In film and on stage a series of downright hilarious scenes emerge to an extraordinarily composed analysis of human life in short. Kassys does that with so much subtle coolness and such an ingenious scenario that it had to be on this list (of the Theaterfestival). Smart, almost wordless, generous and funny, inspired and with a quite specific original signature.’

We, the makers and performers who made Kassys to what it is now, consider Liga as one of the best shows we ever made.

Now it is 2019. We are 13 years older. Professionally and in our private life we are in a different phase of our lives. Some of us became parents, some of us lost their parents. We gained new insights, experienced new things and formed new opinions; sometimes hardened, sometimes more nuanced. It is time for LigaXL.

LigaXL will become a new performance. It will be a combination of the comeback of Liga 1 (adjusted and probably shortened), followed by a new second part.

The first part (Liga 1) portrays how the characters develop from toddlers to grown-ups. The second part continues where Liga 1 ended: at the moment the characters are fully prepared to act through life with learned spontaneity.

LigaXL also concentrates on what the ‘de-development’ looks like. It also shows the second half of life: the characters decide not to exit the stage and leave with their parents (as they did in Liga). They decide to stay.

This second part is about what it’s like to be grown up and no longer being able to rely on parents who will tell you what is right or wrong. It’s about the question if wisdom does come with age. We want to show how expectations, hope, regrets and disappointments color our decisions. While, even when you’re lost for a moment, life steadily carries on like a diesel engine.

What it’s like to become older and how that changes the importance of things in life.

How physical disabilities and perhaps mental decline will play a part at the end. How playfulness and openness in this process, although in a totally different perspective than with children, can also be touching and endearing.

In LigaXL we will try to catch and give form to this great and comprehensive theme: the painful, charming and intelligent ways we attempt to stay standing as long as possible.

Our goal is to make it as all-encompassing as possible in one and a half our. 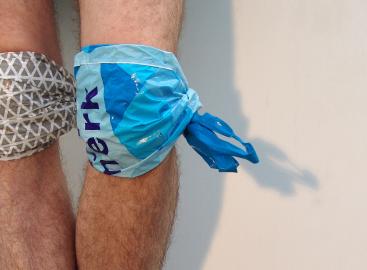 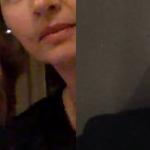