Performed by theater students from HKU

Director Liesbeth Gritter wrote down a solo about this, to be performed by one actor. Without any text, with only descriptions of actions, within the timeframe of 75 minutes. That script is subsequently performed by seven actors. Simultaneously on the same stage, but as if by themselves, without their colleagues. How strictly follows each performer the directions in the script? Will they give each other a place in the spotlight?

In Alone, there’s no main cast or supporting cast. There’s only one role and six performers simultaneously bring their own interpretation of the same solo. There’s a group on the stage and yet there is no direct contact. The performance focuses on the frustration of 'living alongside each other’. The feeling that you, even though you're part of a group, you can’t escape loneliness.

'I dare to say that the solo director Liesbeth Gritter wrote for this performance is one of the most boring solos I have ever seen. She has succeeded in that. She also succeeded in making that boring story into an intriguing performance. Through an equally simple and ingenious intervention: the solo is played simultaneously by seven actors. ' (theaterkrant) 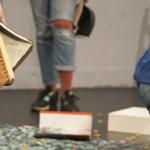 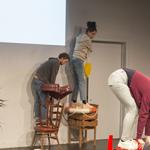 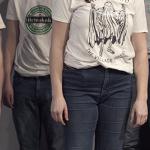 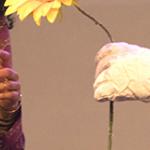 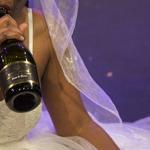 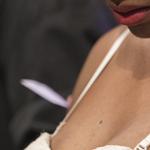 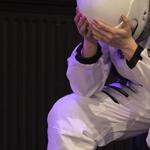 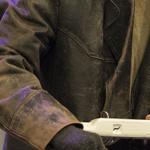 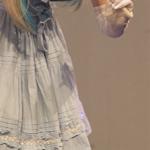 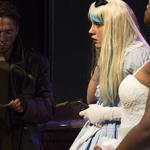 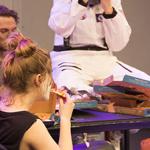